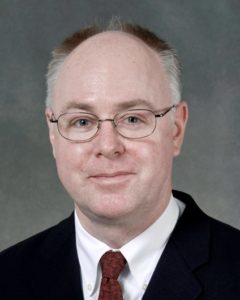 Chris Severns is an Associate Technical Fellow at the Boeing Company with a specialization in Aircraft Electrical Power Systems.  Chris began his 35+ year career in electrical systems in the United States Navy maintaining and operating nuclear powered submarine systems.  In the context of electrical systems and the “electrification” of vehicle systems, he has worked on a wide range of applications and projects which have advanced “more electric” vehicle systems.  Specific examples include: the first electrically powered remotely operated vehicles for the localization of sea mines in a combat zone; the International Space Station electrical system which integrated multiple conversion levels with “new” power quality and stability criterion; Hall Effect satellite thruster design; a diesel engine-generator installed in the cargo bay of a 737 jet aircraft for in-flight power (lead designer); and a Lithium-Ion battery based “Electric” Auxiliary Power Unit for the Space Shuttle.

His 25 year career at Boeing has spanned several Boeing products and programs in the Commercial, Defense, and Research units of the company.  He is currently assigned to Boeing Commercial Airplane’s Product Development, and is the Principal Investigator on a Robust and Reliable Power Systems which is targeted at enhancing design and test methods.

From 2000 to 2002, Chris worked for the German Airship company CargoLifter, as the lead electrical engineer.  He also was instrumental in a conceptual design for a fuel cell powered airship which would maintain “neutral” buoyancy.

Chris received his Bachelors of Science in Physics from Guilford College, and a Master’s of Science in Electrical Engineering (Power Systems) from the University of Washington.  He is a retired Naval Reserve Officer and a graduate of the United States Naval Nuclear Propulsion program.  Chris is also the Chairman of the Society of Aerospace Engineer’s section AE-7B for aerospace power distribution, management, and energy storage.

The title of his keynote is “Prime Movers in Air Vehicle Electrification: Trajectories of Technology”. For over 135 years, “Electrification” of air vehicles has been underway. The growth in electrical power utilization and its application to various vehicle functions, has grown steadily over the past several decades. With the advent of electric propulsion and hybrid-electric systems, it is now at a bifurcation point. Due to environmental considerations and pressures, energy economics and advances in technology, industry has accelerated down the path of full electrification- although the existing hydrocarbon based systems energy and power densities are still unmatched. This presentation is intended to provide a brief overview of where the industry has come from, where we are at with current technology, and help identify the direction technology is being developed. It will also briefly attempt to identify basic vehicle considerations, constraints, and areas needing development. 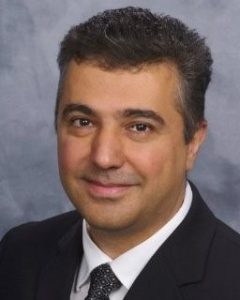 Dr. Bulent Sarlioglu is a professor at the University of Wisconsin-Madison and an associate director of the Wisconsin Electric Machines and Power Electronics Consortium (WEMPEC).

Dr. Sarlioglu spent more than 10 years at Honeywell’s aerospace division, most recently as a staff systems engineer, earning Honeywell’s technical achievement award in 2003 and an outstanding engineer award in 2011.  He contributed to many internally or externally funded R&D programs and the realization of technology development programs for many platforms including Boeing 7E7 (787), Airbus A350 and A380.

Dr. Sarlioglu is involved in many professional activities. He is the editor of the IEEE Electrification Magazine for the electric airplane. Currently, he is the vice-chair of IEEE Power Electronics Society Technical Committee on Vehicle and Transportation Systems and the vice-chair of the Industrial Applications Society Transportation Systems Committee. He is also the secretary of the motor subcommittee in Power and Energy Society. Dr. Sarlioglu is the inventor or co-inventor of 16 U.S. patents. Four additional U.S. patents are pending.

The title of his keynote is “Electric and Hybrid Propulsion of Aircraft – Power conversion opportunities and challenges”. Gas engines are used in today’s commercial aircraft. It is envisioned that next step is to hybridize or use full electric propulsion systems to minimize the emissions, increase the reliability, and reduce the cost of flying. This talk will have two sections. In first section, Dr. Sarlioglu will present the most recent developments in electric and hybrid propulsion of aircraft as well as more electric aircraft initiatives. In the second section, the needs, requirements, and power densities for electric motor and power electronics will be addressed. New material technologies and design approaches along with challenges and opportunities will be presented to achieve aerospace-grade high power density and high efficiency motors and power electronics. 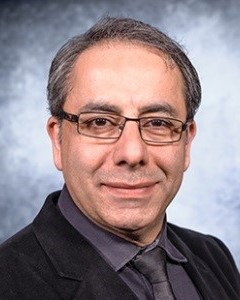 Dr. Babak Fahimi received his B.S. and M.S. degrees in Electrical Engineering with the highest distinction from the University of Tehran, Iran in 1991 and 1993 respectively. He earned his PhD in Electrical Engineering from Texas A&M University in 1999. Currently, He is a Distinguished Chair in Engineering and the Director of the Renewable Energy and Vehicular Technology at the University of Texas at Dallas. Dr. Fahimi has been the recipient of DAAD scholarship (1993-1995), IEEE R.M. Bass Power Electronics Young Investigator Award (2003), SAE Ralph Teetor Educational award (2008), Fulbright scholarship in 2010, and IEEE Cyril Veinott electromechanical energy conversion award in 2015. Dr. Fahimi has co-authored over 300 scientific articles, 15 book chapters, and several technical reports in the general area of adjustable speed motor drives and power electronics. He holds 18 US patents and has 6 more pending. Dr. Fahimi has supervised 26 PhD (Four tenured/tenure track professors) and 20 M.S. students. He is a Fellow of IEEE for his contributions to modeling and analysis of adjustable speed ac motor drives.

The title of his keynote is “Dynamic Wireless Charging: Magnetics, Electronics, and Integration Requirements”. Electric Vehicle (EV) have the potential to achieve eco-friendly transportation, however the major limitation in achieving this vision is the battery technology. It suffers from drawbacks such as high cost, rare material, low energy density and large weight. The problems related to battery technology can be addressed by dynamically charging the electric vehicle while on the move. In-motion charging can reduce the battery storage requirement which could significantly extend the driving range of an electric vehicle. This talk highlights recent advances in stationary and dynamic wireless charging of electric vehicles. A comprehensive review of charging pad, power electronics configurations, compensation networks, controls, and standards is presented. Examples from modeling and experimental verifications will be included to validate the proposed solutions. 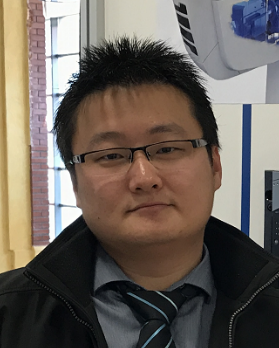 Prof. Fei Gao received the Master’s degree in electrical and control system engineering in 2007, and the Ph.D. degree in renewable energy with distinguished youth doctor reward in 2010, both from the University of Technology of Belfort-Montbeliard (UTBM), Belfort, France. He is currently a Full Professor and the Head of the Energy Production Division at the Energy Department of UTBM, where he was an Associate Professor between 2011 and 2017. His main research fields include fuel cells and their applications in transportation, multi-physical modeling and real time simulation systems. Prof. Gao is the holder of the French research expertise bonus (PEDR) by the French Ministry of Higher Education and Research. He is also an Associate Editor of the IEEE Transactions on Industry Applications and IEEE Transactions on Transportation Electrification, and the Chair of fuel cell system architecture optimization research axis of the national Fuel Cell Research Federation FCLAB in France. He is nominated in 2017 as Conferences/Workshops Committee Chair of IEEE Transportation Electrification Community, and serve since 2018 as Chair of the Technical Committee on Transportation Electrification of the IEEE Industry Electronic Society.

The title of his keynote is “New Era of Fuel Cell Electric Vehicles”. Hydrogen Proton Exchange Membrane (PEM) fuel cell is considered today as a promising technology for low-carbon transport applications. The successful deployment of fuel cell technology in automotive sector is a key element to reach out the European Union’s CO2 emission goal by 2050. After years of developments by research institutions and enterprises, the automotive fuel cell technology has gradually introduced to the market since 2015. In this keynote, we will explore together the key technologies of modern commercial fuel cell electric vehicles, such as Toyota Mirai, Honda Clarity Fuel Cell, etc. The place of fuel cell technology in our future low-carbon transports and the main challenges will also be discussed. 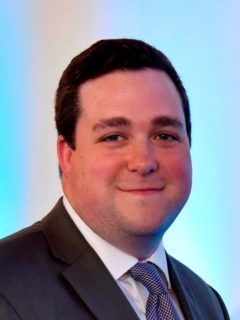 Oliver Simmonds is a Principal Engineer at BMT, within the Defence & Security Partnership in Bath, UK. A Chartered Engineer, he has a background in both Mechanical and Electrical Engineering and has lead several major projects ranging from the delivery of a hybrid power and propulsion system for a Naval auxiliary vessel through to a wide range of technology studies and concept development work with a focus on The Electric Ship.

The title of his keynote is “Completing the Electric Ship”. In 1995 the first in a series of papers was published discussing the many benefits potentially offered by The Electric Ship and how such a ship might be realised as a future naval platform. Now, over 20 years later, this paper looks at how far the electric ship has come and going forward what further development is required. It identifies that whilst there has been significant advancements in Integrated Full Electric Propulsion, with examples such as the Type 45 Destroyer, the original aim has not yet been achieved, partly due to the expected high energy loads for the combat systems only recently being fully developed. The presentation concludes with re-stating the aim of The Electric Ship and identifying what development is needed to ensure that the technology is ready for the next future platform. 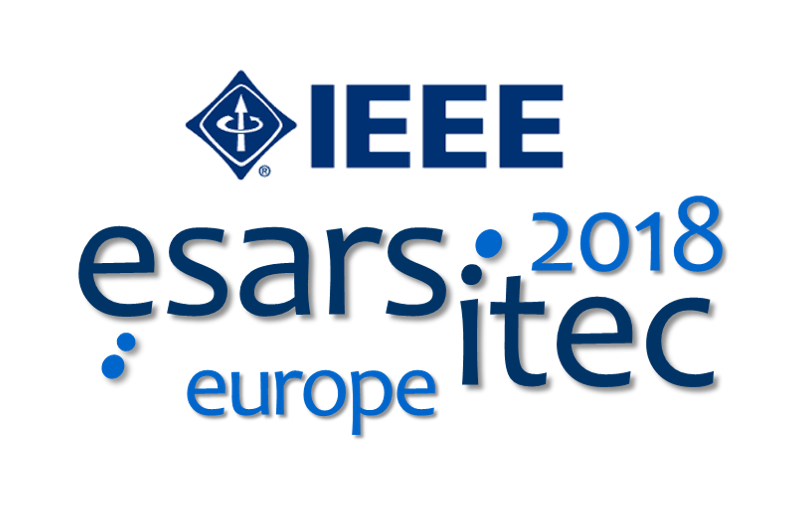